The recent quarrel between the patriarchates of Constantinople and Moscow over Constantinople’s proclamation of an autocephalous Ukrainian Church raises once again the problem of ecclesiastical autocephaly that has so plagued the Orthodox Church over the course of the last millennium.

Let us first offer a definition of ecclesiastical autocephaly. Following the canonist Sergei Troitsky (1878-1972) in his article “Church Autocephaly” (Journal of the Moscow Patriarchate, 1948), we may define a Church as autocephalous if it is “self-headed”, having its own supreme or sovereign power independent of that of any other autocephalous Church, whose bishops elect their first bishop and the rest of the hierarchy, and are able to judge their own hierarchs, including the first hierarch, independently of any other church hierarchy. In addition, an autocephalous Church “enjoys full freedom in producing holy myrrh for itself, canonizing its own saints, composing new hymns, determining the time of the liturgy, etc.” However, an autocephalous Church is not independent in its dogmatic and canonical definitions, which have to conform to the decisions of the Ecumenical Councils, and is also subject to the decisions of all truly Orthodox Ecumenical and Pan-Orthodox Councils.

From the above, it is obvious that the only stable method of creating autocephalous Churches, without the threat of schism or uncanonicity, is by means of an Ecumenical or Pan-Orthodox Council whose decisions are accepted by all the Local Autocephalous Churches. For the creation of a new Church, whether or not it takes place on the territory of an existing Church or not, is a matter affecting the life of all the existing Churches and should therefore be authorized and confirmed by all the Churches sitting in council together. Thus the de facto autocephaly of the Russian Church since 1448 was recognized and confirmed de jure by the Pan-Orthodox Councils of 1589, 1590 and 1593.

However, this approach to the problem has proved difficult to implement for three reasons:-

In conclusion, there is an urgent need for an Ecumenical or Pan-Orthodox Council that will sort out the problems of the organization of the Orthodox Church and in particular the criteria for the lawful creation of new Autocephalous Churches. However, such a Council cannot be convened until a new leadership is in place that is free of the pollution of heresy and all association with anti-Orthodox political interference. Only then can the One True Church make its unity manifest to the rest of the world that lies in darkness. 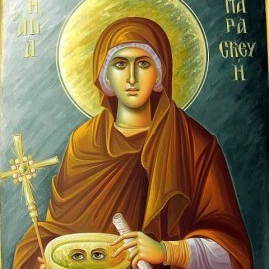 Lord Jesus Christ Have Mercy On Me!